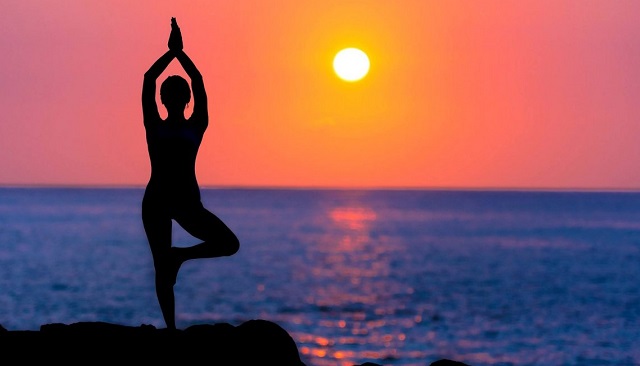 Yoga is an ancient ascetic discipline that connects to the mind and body. It is an exercise which include breath control, simple meditation, and the adoption of the specific body postures by balancing elements of our bodies. Yoga is widely practiced for better health, physical and mental relaxation.
The meaning of Yoga is “union, to unite or join together”. This union means the best relation between body and mind. Yoga, is based on universal laws, can also be defined as the science of creating balance in between body and the soul, rest and activity.
Moreover, yoga helps us to be in control over our bodies as well as mind. Yoga is a great technique for removing stress and anxiety.
Initially Yoga originated and developed by the Indus-Sarasvati Civilization in Northern Indian before thousands of years ago. The word yoga is mentioned in the oldest sacred texts, as the Rigveda. The Lord Shiva is seen as the first yogi in the yogic lore. Yoga Sutras of Patanjali, written sometime in the mid of second century, is the first systematic presentation of
the Yoga describing path of Raja Yoga.
The yoga was practiced by Hinduism, Jainism and Buddhism. Yoga has become so popular nowadays.
Yoga has more benefit when it practiced regularly. It always keeps away most of the ailments from our mind and body. The journey through life will be happy, stress less, calm and more fulfilling if the people are in congruence. So, if you want to develop a very strong and flexible body, lose weight, stay at peace, better health, good looking and shine then you can get it all by practicing yoga regularly.
Yoga has become so popular worldwide that United Nation General Assembly declared 21st June as the International Day of Yoga from 2015. As yoga has many benefits. It has a secret to living long, stay healthy, can be relaxed, stress-free, calm and active life without using any artificial like medicines.