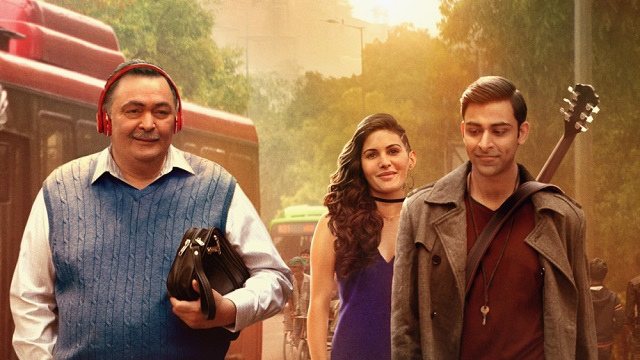 What is it about Old Delhi that drives filmmakers crazy with yearning and nostalgia? So many memorable and not-so-memorable films, from B.R. Chopra’s “Chandni Chowk” to Rakeysh Omprakash Mehra’s “Delhi 6” to Kabir Khan’s “Bajrangi Bhaijaan” have pitched their tale’s tent in the crowded ‘galis’ of Chandni Chowk where the sun sets and the jalebis never stops sizzling in the streetside ‘kadhaai’ (wok).

Here, Leena Yadav who gave us the brilliant “Parched” two years ago is not as comfortable dealing with an estranged father-son’s attempts to iron out their differences as a gaggle of friends and distant relatives in Old Delhi eggs them on. A tech-savvy aunt and her daughter-in-law (played with wonderful charm by Nirmal Rishi and Sheeba Chaddha) suggest that the father chats on Facebook with his son.

The scenes where the two ladies set up Rishi Kapoor’s Raj Mathur on the iPhone with his son Kabir are done with a sense of reined-in fun.

But then it all comes undone. The plot hops, skips and jumps all over the place barely able to avoid the potholes it creates for itself. For one, it is hard to swallow that a father would carry on the charade of posing as a girl named Tara on Facebook to get his son’s attention, Aand the son would not come to know of his father’s hare-brained scheme even when the father asks his son for headphones after the son offers to play a song for ‘Tara’ during their net-chat.

Such improbabilities would go unnoticed in escapist kitsch. “Rajma Chawal” aims to be in a more realistic natural space. The problem is, the more it tries the more the plot ties itself into impossible knots. Midway through the promising but compromised screenplay (Vivek Anchalia, Manurishi Chadha, Leena Yadav), the film introduces the wild-child character of Tara (Amyra Dastur),a homeless nomadic opportunistic adventurer who is befriended by Raj Mathur and his busybody friends (all played by savvy veterans) to bring Raj’s son back on the track.

It really makes no sense for the patriarch to employ an outsider’s help, paying her huge amounts of money to do the needful when he’s allegedly bankrupt, while the son sulks and sings some songs with a ragged band that wouldn’t qualify in the first round of any music contest.

Nonethless “Rajma Chawal” is not all a wash-out. The son’s attachment to his dead mother and the resultant hostility towards his father could have been better explored. The nooks and corners of Chandni Chowk are explored with curious candour, with the very talented Adil Hussain showing up in one fleeting scene.

Rishi Kapoor, who is never knwn to fail the script, barely manages to make the disgruntled father’s role credible. Fatally the actor Anirudh Tanwar playing Rishi’s son fails to make his character relatable. And Aparshakti Khurrana who never fails to make an impact scarcely gets a chance to make an impact in his loutish revolver-toting loverboy’s role. He does have one strong moment with the pretty Amyra Dastur (nose ring and all to look adequately rebellious) when he confesses she isn’t ‘disgusting’.(She has just returned the money she owes him and I agree that’s a rare quality).

No such harsh description can be applied to this film. It is a sweet if somewhat strained attempt to make sense of Delhi’s quasi-diasporic demagogue. Could have been so much better. But then as a famous poet once declared “Kabhi kissiko muqammal jahaan nahin milta”. So let’s look at this unfinished film as representative of the incomplete people it depicts. 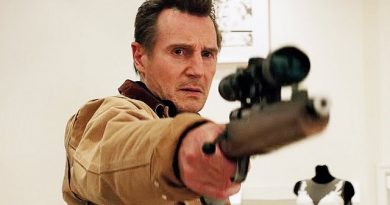 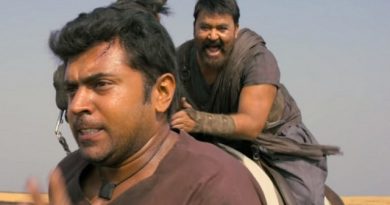