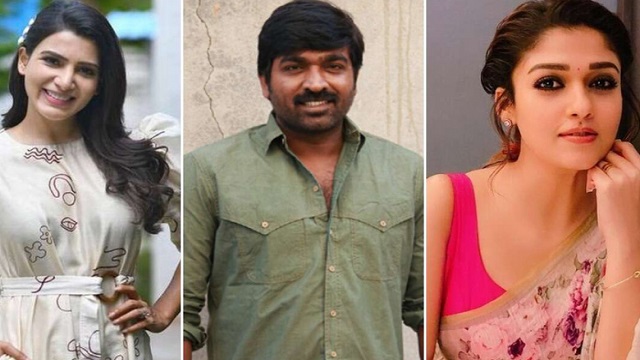 The team of director Vignesh Shivan’s upcoming romantic comedy ‘Kaathu Vaakula Rendu Kaadhal’ has announced a poster design challenge for talented designers, even as their film gets ready for release this Thursday.

Director Vignesh Shivan’s production house, Rowdy Pictures, tweeted, “To all the Talented Designers out there, ‘Kaathu Vaakula Rendu Kaadhal’ Design Challenge is for you. Post your designs with the hashtag #KRKDesignChallenge and get a chance to feature your design as an one of our official posters of the movie.”

The firm also put out a link where the designers could download stills from the film for their designs.

Meanwhile, the film has been cleared for release with a clean U/A certificate.

The film, which has triggered huge expecatations, has Vijay Sethupathi playing a character called Rambo, which is actually an acronym for Ranjankudi Anbarasu Murugesa Boopathy Ohoondhiran. While Nayanthara plays a character called Kanmani in the film, Samantha plays Khatija.