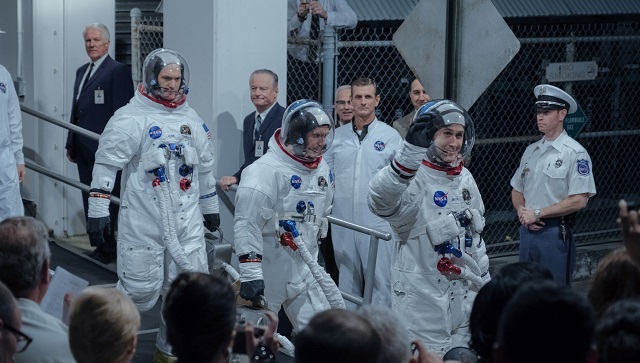 Director Damien Chazelle and actor Ryan Gosling get together again, this time to visit a “La La Land” of another kind.

The strength of this authentic and robust biopic on Neil Armstrong comes not so much from its hard-as-nails nose-to-the-ground depiction of the mission to the moon as from the tender affectionate depiction of Armstrong’s family life.

Armstrong ‘s relationship with his wife provides a strong backbone to the mission that changed the way mankind looked at the moon. That Armstrong’s wife is played by the exceptionally talented Claire Foy is providential for the wife’s character but not such a happy happening for Ryan Gosling who plays Armstrong with a wilful earnestness. Unfortunately for him, Foy chews Gosling up in every scene that they are together which is quite often.

Gosling could have played Armstrong with more persuasiveness and heft. That apart the film gives the man who first stepped on to the moon its best shot. The moment Gosling’s Armstrong steps on to the moon is captured with stunning veracity. The rest of the film doesn’t convey the same level of enchantment and enigma.

Rigorously researched, the narrative occasionally halts to admire its technical knowledge of the first mission to the moon. This would not have been a detriment if the detailing had been more interesting.

There is a very moving sub-plot about Armstrong and his little dead daughter that needed to get a movie of its own. For now, we have this biopic about the man who first walked on the moon. It doesn’t quite make us want to do the moonwalk the way we wanted to when the same leading man and director collaborated for the musical “La La Land”.

At the end of the mission, the press reporters rush towards Mrs. Armstrong to ask how she feels about the mission.

“Out of this world,” she quips. 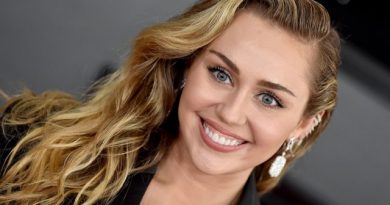 Miley Cyrus: There are good men out there, you’ve got to find them 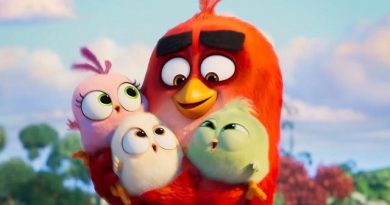 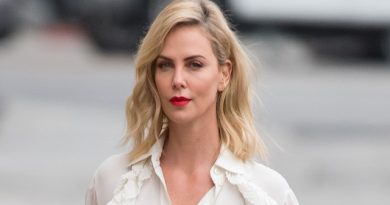