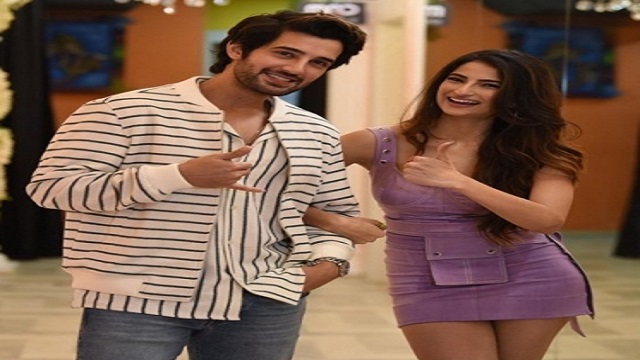 Singer Aditya Narayan, who has lent his voice for the new music video ‘Mangta Hai Kya’, a recreated version of the ’90s hit song, says the risk factor and comparison are inevitable but he is game for it.

The new music video features Palak Tiwari and Aditya Seal and it is directed and choreographed by Ganesh Acharya, under the banner of Tips Music.

Talking about recreating an old song, Aditya said, “Remakes are risky, comparison is inevitable. ‘Mangta Hai Kya’ is a classic and we have done our best to give it a new variation”

He has sung the song along with Deeksha Toor. She said, “I have grown up listening to the song and now singing it feels surreal. I never knew that destiny would be so kind that the first song I ever hummed as a toddler would become the first biggest song of my music career, if destiny exists, I think this is what it means.”

The song is composed by Chirantan Bhatt who also pointed out the challenges of recreating a superhit song to establish a unique sound.

Chirantan said, “Creating music for Mangta Hai Kya was nostalgia. Having said that I was clear that I didn’t want people to listen to it and say that ‘oh, it’s nice because it sounds similar’. I want people to say, ‘the music is different that’s why they like it’.”

Palak and Aditya who are featured in the video expressed their excitement.

“It is an honour to be a part of the remake of an iconic song with Tips. Mangta Hai Kya is one of my personal favourites from the ’90s. More than a recreation, I would say it is a millennium version. We hope that the audience loves it as much as we do,” said Palak.

Adding to that Aditya said, “I see it becoming a party, club favourite. It’s peppy, catchy and groovy.”