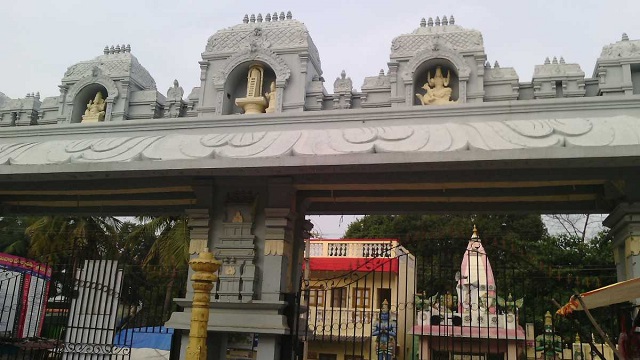 Shri Kaalahasthi temple is located in Tirupati, Andhra Pradesh. The main deity is Shri Kalahastheeswarar (Shivan) in the form of Snake tower (Puttru). The Goddess’s name is Gnanaprasannambika Devi. The temple is also one of 5 basic nature. That is Air. It is a Rahu Ketu sarpa dosha parikara sthalam.

Kannappar was a hunter and in an accident, he became an ardent devotee of Shiva and associated with the temple. There are two water bodies: Suriya Pushkarni and Chandira Pushkarni. There are smaller shrines in this temple. The tribe Kannappa worship this deity. This temple remains open on solar and lunar eclipses when all the temple is closed. People offer prayers for the astrological effects of Rahu-Ketu. This temple is considered as Kashi of the south. The Nakeerar and Nalvars, in colonial works of Thirumurai, revered this temple in Thevaram. In the early years of creation, Vayu worshipped Camphor Lingam for penance.

It is situated 36 kilometers from Tirupati and 120 kilometers from Chennai. Shri Kalahasthi is under the Chittoor district. There are fewer hotels to stay in. The temple is located a few kilometers from the Shri Kaalahasthi bus terminus. The nearest cities are Chennai, Tada, and Thirupathi. There are many bus transport from Tamilnadu and Andhra Pradesh. Tirupati-bound buses from various parts stop at Kalahasthi.