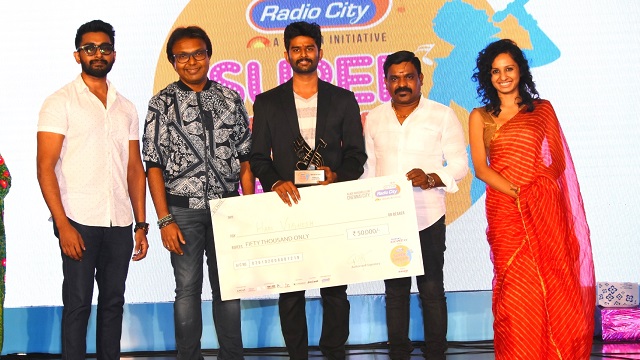 The activity garnered an overwhelming 4.6 lakh registrations across all Radio City markets

The evening witnessed Chennaiites throng to the scintillating finale between the top five contenders – Tanuj U., Samrutha Sunil Kumar, Soundaryaa Ravindran, Hari Vignesh, and Vijay A. Music composers Imman and Shabir along with Singers Velmurugan & Vinaitha crowned Radio City Super Singer “Hari Vignesh” as the winner; who was also awarded a cash prize of INR 50,000. Having successfully mesmerized both the audiences and the panel of judges with their mind-blowing performances, the singers ensured the 11th season of Radio City Super Singer culminated to a crackling finale.

Expressing his delight at the successful completion of the 11th season of Radio City Super Singer, Kartik Kalla, Chief Creative Officer, Radio City said, “Chennai has an untapped pool of talented individuals who are always on the lookout for opportunities to prove their mettle to the rest of the nation. In the past 11 years, Radio City Super Singer has ensured that every aspiring singer of India gets a platform to showcase their talent to the country and catapult their dreams into reality. I congratulate this year’s winners and the finalists for putting up a great show. And kudos to the Radio City team for their ceaseless drive to keep up the momentum year after year, and for helping Radio City Super Singer to continue to achieve the zenith of glory.”

Radio City Super Singer has been Radio City’s flagship property that has witnessed a popularity swell since inception and has successfully completed 11 eventful years, of giving the industry some of the best voices like Harjot Kaur, Manya Narang, and Sri Ganesh to name a few. The talent hunt reached over 69 million listeners through its 360-degree presence across on-air, on-ground, and digital mediums. The nominations were invited through walk-ins to Radio City studios, at malls across cities, through IVRS, social media platforms and Radio City branded vehicles which were moving across cities. Over 17.6 thousand test drives were reported on ground for Suzuki Gixxer further showcasing the extensive reach of the property.

Over the years, our music industry has seen many outstanding singers from different parts of our country, who braved the crowd to stand out in the limelight through this property. Embodying the brand philosophy of ‘Rag Rag Mein Daude City’, Radio City Super Singer has become a true example of Radio City’s ability to infuse local flavour in its initiatives and connect emotionally with its listeners by being a fuel to power their dreams.

Radio City, a part of Music Broadcast Limited (MBL) is a subsidiary of Jagran Prakashan Ltd. Being the first FM radio broadcaster in India and with over 17 years of expertise in the radio industry, Radio City has consistently been the number one radio station in Bengaluru and Mumbai with 24.5% and 15.7% average listenership share respectively. (Source: RAM Data,TG: 12+ Period: Week 1, 2013 to Week 21, 2019). Radio City Delhi ranks #2 with 13.4% average listenership share (Source: RAM Data, TG: 12+ Period: Week 1, 2019 to Week 21, 2019).

Music Broadcast Limited currently has 39 stations across 12 states, comprising 62% of the country’s FM population. Radio City reaches out to over 69 million listeners in 34 cities covered by AZ Research 2019 (Source: AZ Research Report). The network provides terrestrial programming along with 18 other web-stations, through its digital interface, www.radiocity.in.

Radio City has spearheaded the evolution of FM radio by offering content that is unique, path-breaking and invokes city passion amongst listeners with its brand philosophy of “Rag Rag Mein Daude City”. The network introduced humour and the concept of agony aunt on radio with Babber Sher and Love Guru respectively. It also initiated Radio City Freedom Awards, a platform to recognize independent music and provided a launch pad to budding singers with Radio City Super Singer, the first singing talent hunt on radio. 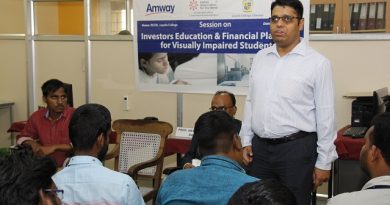 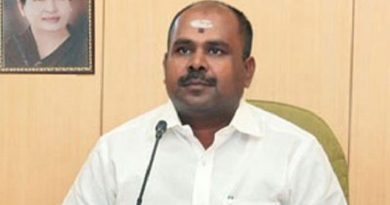