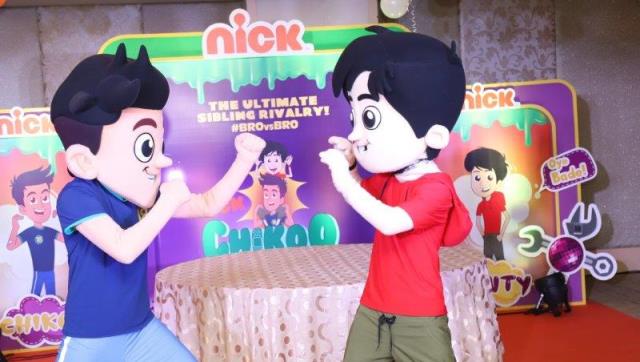 Chennai, October 22nd, 2021: The need for new characters and immersive stories is at an all-time high and India’s leading kids’ entertainment franchise Nickelodeon, continues to address this need by entertaining kids with endearing characters through new formats and relatable storytelling. Leading the local IP content game with innovation in its DNA, Nickelodeon is all set to launch its 11th home grown animated show ‘Chikoo aur Bunty’, the only in the category that is based entirely on the sweet-sour and inseparable relationship between siblings.

Set in a middle-class home, Chikoo aur Bunty brings alive the epic sibling banter that happens in every family and is all set to onboard kids on a journey of unparalleled tongue in cheek comedy and the tug of war between siblings, starting 18th October 2021 at 10 AM only on Nickelodeon. The lyrics for the show’s music video are written by Gulzaar.

As a market leader, Nickelodeon has consistently pushed the envelope on innovation by launching shows that cater to the discerning and evolving preferences of the young viewers. The launch of ‘Chikoo aur Bunty’ is yet another addition to its interesting content slate and is sure to capture the hearts and minds of kids and build an everlasting bond with them.

Witness the antics of the new sibling duo in town Chikoo and Bunty on Nickelodeon from 18th OCTOBER 10 AM!

Nickelodeon India is among the leading kids channel with a household availability in about 120+ million households across 8 languages. The franchise boasts of a bouquet of channels like Nick, Sonic, Nick Jr and Nick HD+ catering to kids across all age groups from Tots to Teens. The franchise today has the largest original content library in the country with over hours of content and plans to add over 200 hours this year. The franchise is a home to the most legendary iconic characters like Motu Patlu, Rudra, The Golmaal Jr, Pakdam Pakdai and Shiva on Nick and Sonic; and Dora The Explorer, Paw patrol , Peppa pig on Nick Jr and marquee international properties like Loud house, Kung-fu-panda, Avatar, Penguins of Madagascar etc on Nick HD+. The channel continues to engage and entertain kids across India through large scale experiential formats, consumer product range and with digital and online presence.