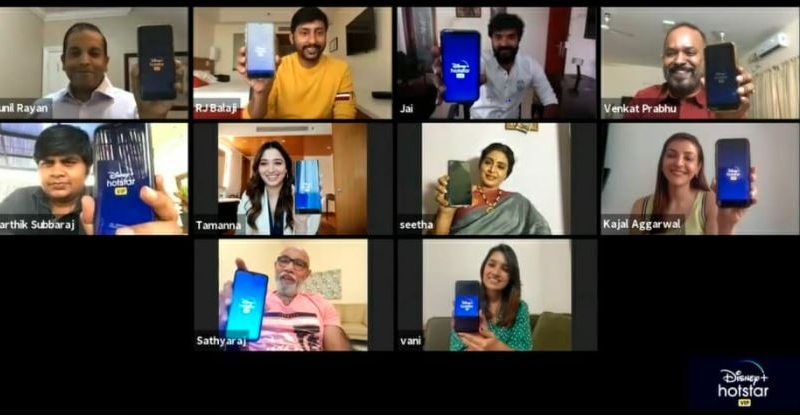 Chennai, 23rd October 2020: With its next big leap in content, Disney+ Hotstar VIP is all set to become the new personal screen for Tamilians or Tamil naattinputhiyathirai; Ungasondhathirai; as it readies to bring Kollywoodto millions of screens across the state. With Tamil fans eagerly waiting for their favourite stars to release new shows and movies, the video streaming service today announced its ambitious plans of launching Tamil Hotstar Specials shows & movies-before-theatre featuring the best of the tamil film industry; in addition to offering the best of LIVE sporting action and access to popular STAR Vijay shows before TV; making it the best destination for quality Tamil content.

Disney+ Hotstar VIP is home to the world’s best stories dubbed in Tamil, Telugu and Hindi including the biggest superhero and animation movies; with access to Bigg Boss Tamil and popular STAR Vijay shows before TV, exclusive Hotstar Specials series, mega blockbuster movies released straight on the platform under Disney+ Hotstar Multiplex and the best of LIVE sporting action including the ongoing Dream11 IPL 2020 and much more – making it the best entertainment service in the country!

Sunil Rayan, President & Head, Disney+ Hotstarsaid, “We have always been at the forefront of reinventing and reimagining content in India. As we lay the foundation of presenting authentic stories that appeal to Tamil audiences, we are very excited to partner with some of the most prolific minds of the industry. As we announce the launch of new movies-before-theatre and Hotstar Specials shows, we are adding to our existing promise of providing great Tamil entertainment across LIVE Sports, before TV access to STAR VIjay shows and much more – giving our audiences a wide array of content to choose from”

Acclaimed film-maker Venkat Prabhu; who marks his digital directorial debut with LIVE Telecast said, “Often people assume that creating shows is easier than putting together a good cinema, but it’s quite the opposite. Yes, I have stepped out of my comfort zone and tried something totally new and challenging. With newer and exciting storytelling. I am going to present a show with a unique concept where even the non-series watcher also will start engaging with the show. LIVE Telecast is a horror show created for everyone who enjoys the adrenaline rush. Furthermore, the show will also be dubbed in 6 other languages and with Disney+ Hotstar VIP I’m sure this story will reach millions of viewers across the country”

Tamannaah Bhatia who will headline November Story added, “In these extraordinary times, I think people have turned to entertainment for comfort more than ever before. Kollywood fans have been patiently waiting for an announcement like this – which promises them world-class Tamil entertainment at the touch of a button. I am really excited to be a part of this journey with Disney+ Hotstar VIP that is making this possible for all Kolly-fans. My show November Story is a strong female-oriented narrative that gave me an opportunity to play around with the character.”

Veteran actor Sathyarajwho stars in My Perfect Husband said, “Good content has the potential of transporting people to a new place. My Perfect Husband is one such story that can take you to your happy space; it’s an unconventional story of finding love in old age that will leave people with a smile on their face”

Karthik Subbaraj added, “Digital is now a big part of how people consume entertainment nowadays. With diverse content across different genre and a huge subscriber base Disney+ Hotstar VIP is the perfect platform to launch a show like Triples. The show has all the elements of an all-round entertainer – action, drama, comedy and more and will leave audiences laughing till the very end”

RJ Balaji who released the poster of his upcoming movie Mookuthi Aman said, “There is nothing greater than the joy of being able to entertain people through great movies. Mookuthi Amman is one such movie that I think will resonate with people. For a lot of people Diwali is incomplete without any new movie releases, that too with these tough times people need some happiness and I promise that our film will bring that joy and celebration in this festive season; I am excited to announce that Mookuthi Amman is all set to release as the Diwali blockbuster on India’s biggest streaming service Disney+ Hotstar VIP as a Diwali special – it truly is home delivery of Kollywood”

Kollywood Oda Home Delivery begins with these movies and shows: 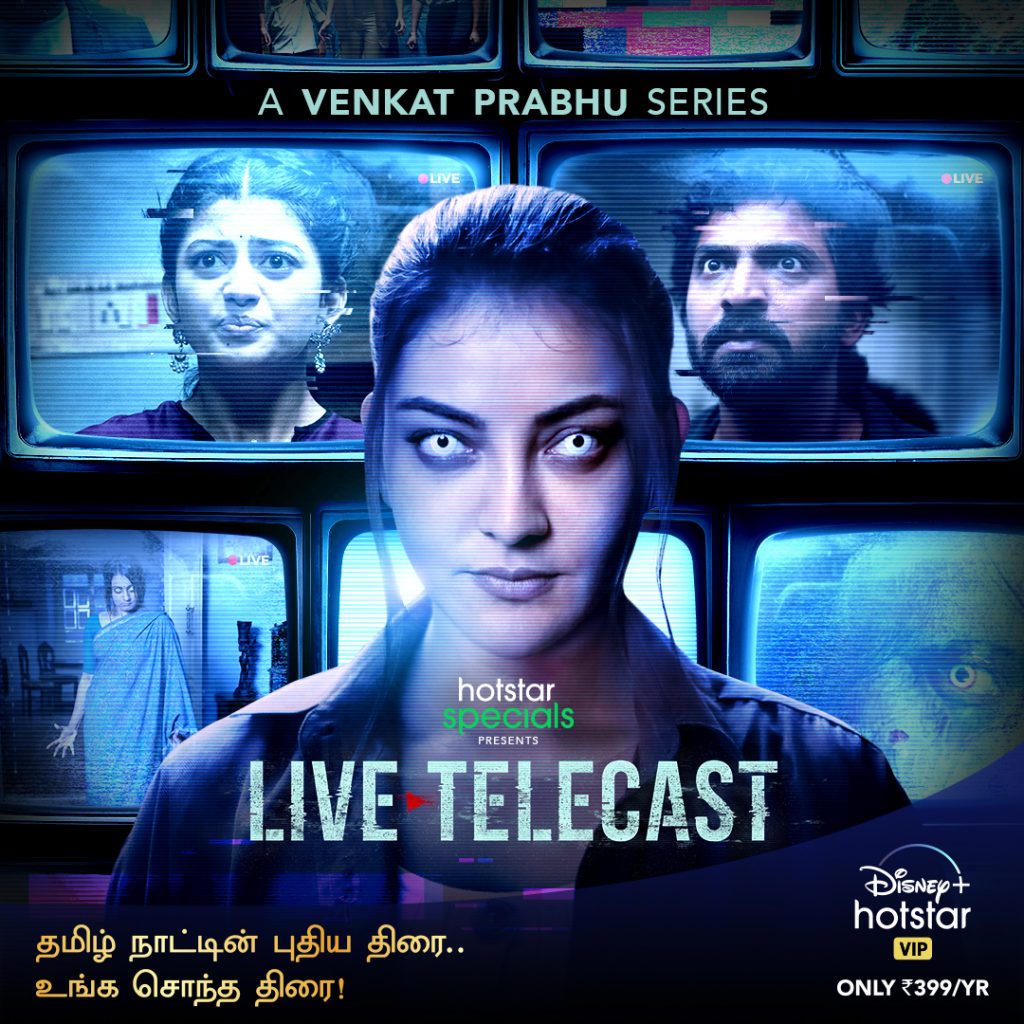 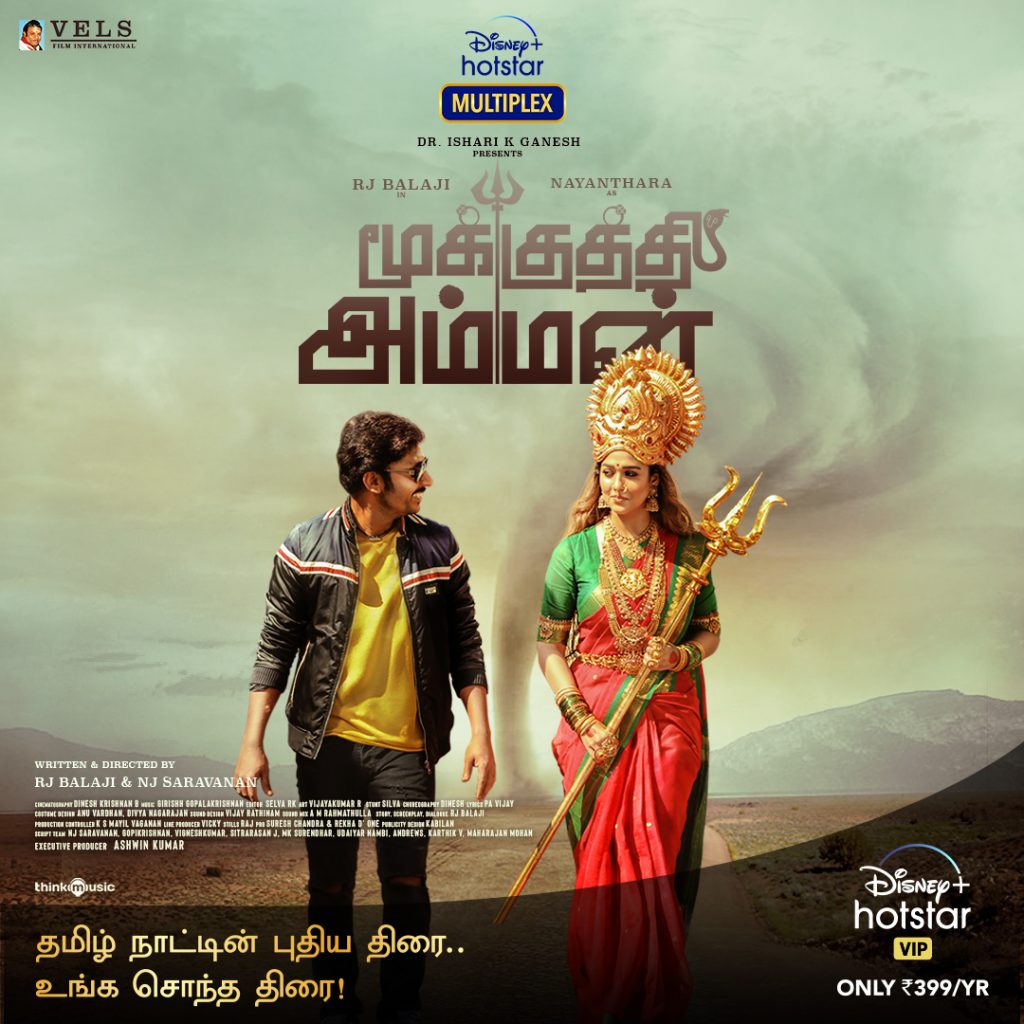 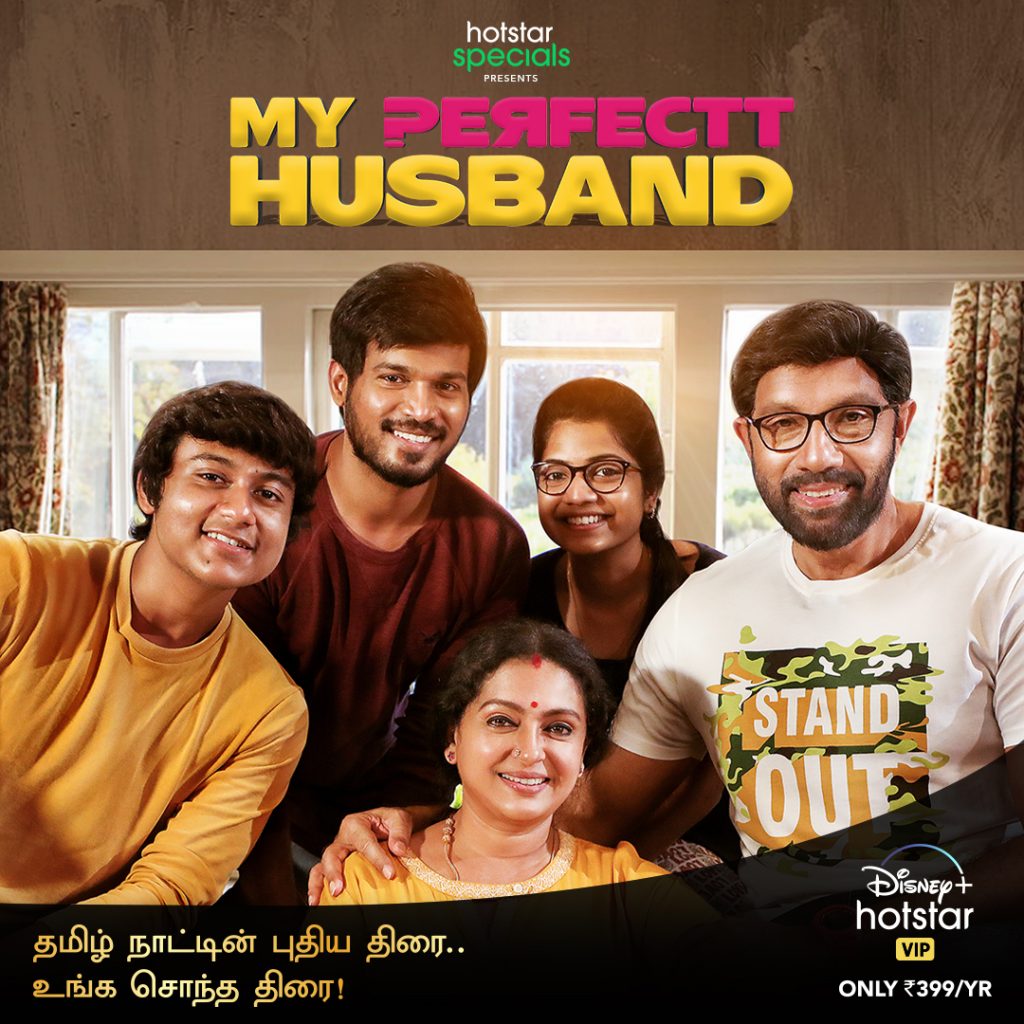 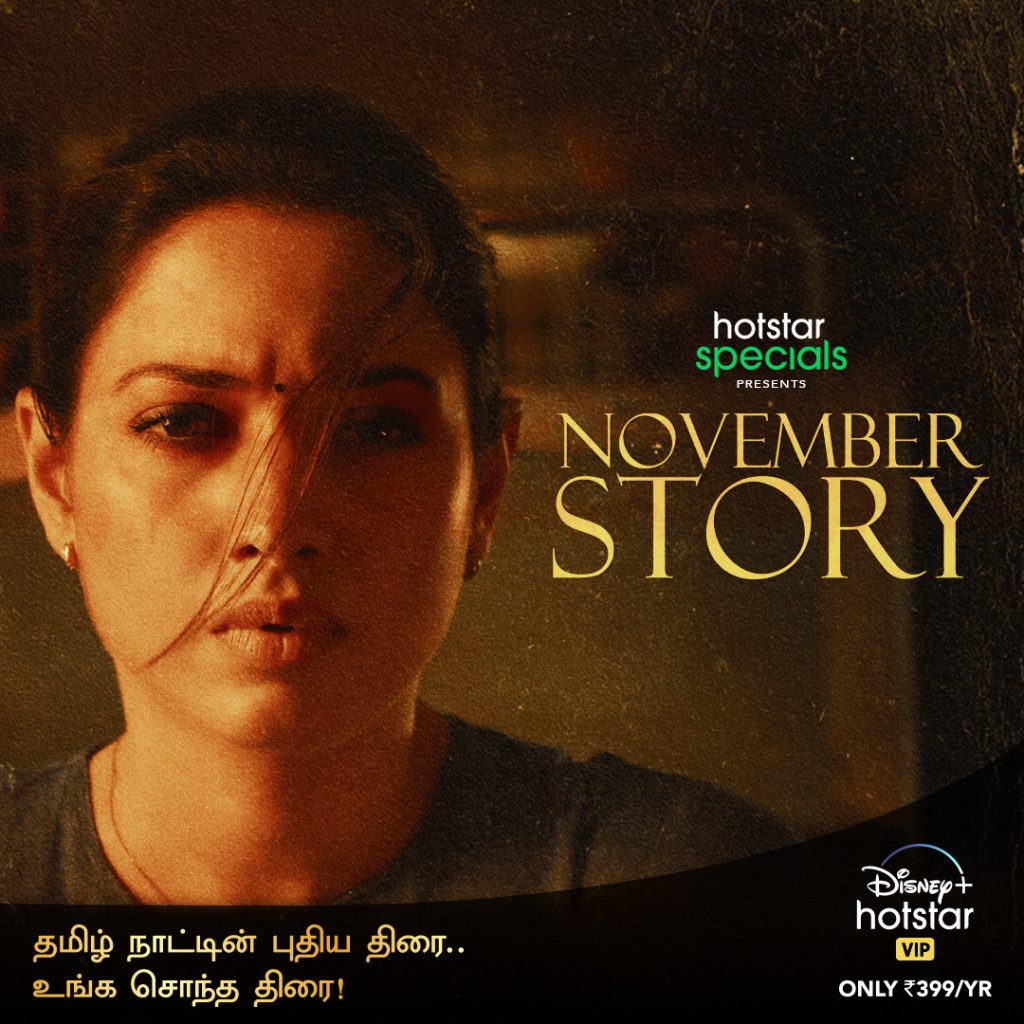 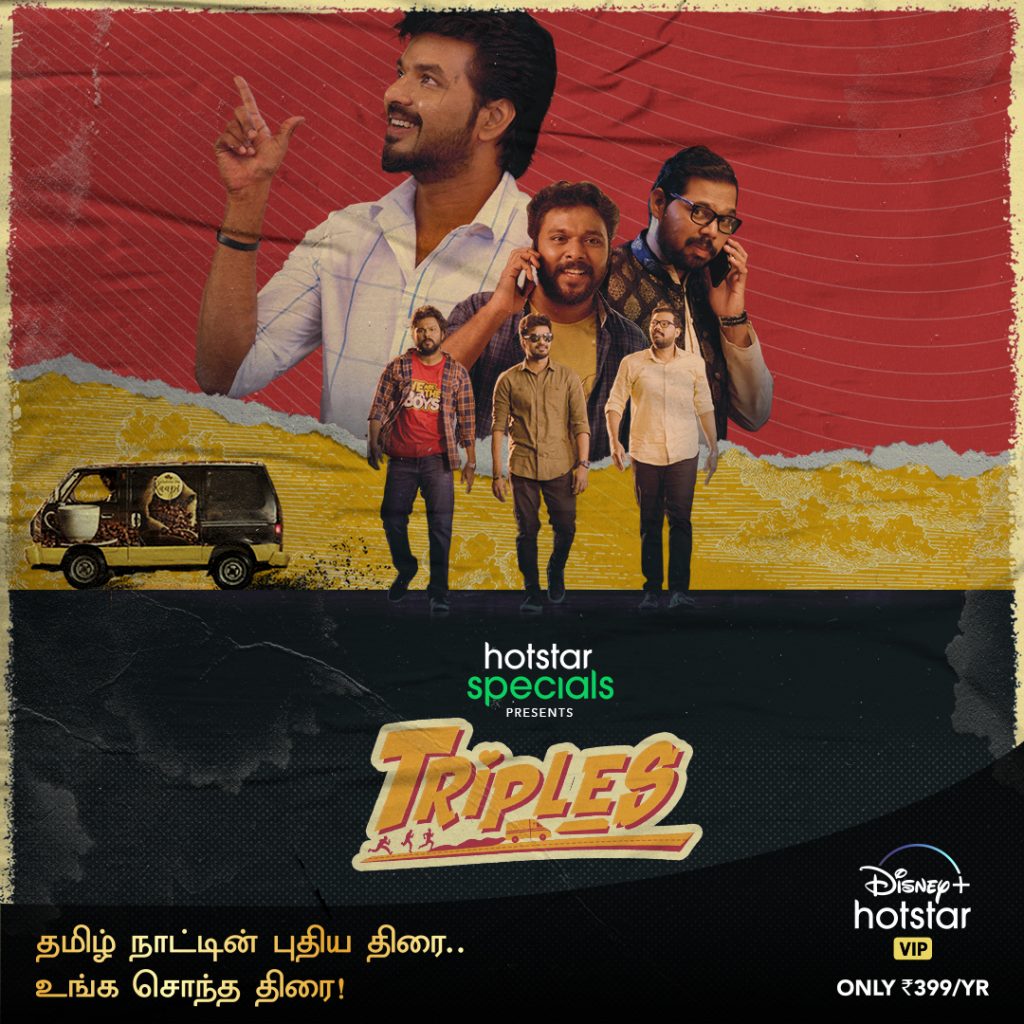 Get ready for Kollywood’s home delivery, starting this Diwali only on Disney+ Hotstar VIP

Disney+ Hotstar (erstwhile Hotstar) is India’s largest premium streaming platform that has changed the way Indians watch their entertainment – from their favourite TV shows and movies to sporting extravaganzas. With the widest range of content in India, Disney+ Hotstar offers more than 100,000 hours of TV Shows and Movies in 8 languages, regional and national News, and coverage of every major global sporting event, including the IPL. Disney+ Hotstar Premium has a large selection of Disney+ Originals, latest American shows, blockbuster Hollywood movies and award-winning content from International studios; whereas with Disney+ Hotstar VIP, users get access to Disney content in local languages, exclusive new content from the Hotstar Specials label, access to STAR network serials before television, and the latest and best of live sporting action. In its earlier avatar, the Hotstar mobile app has notched 400 Mn+ downloads, making it one of the most in-demand apps in India and also secured top spots on the Google Play Store as well as the Apple App Store. The app’s success reflects its highly evolved video streaming technology as well as the quality of experience across devices and platforms.