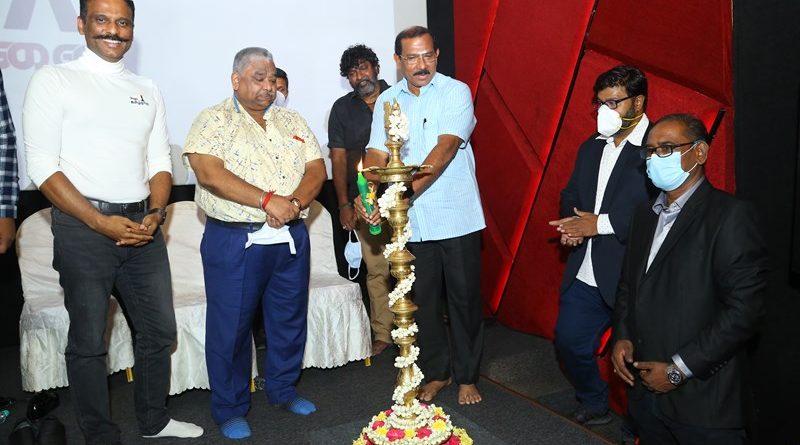 Chennai, August 22, 2021: Origin of Chennai city can be traced back to 380 years to a small fishing hamlet bought by the Britishers to set up their trading activities.  As the city gears up to celebrate its 381st Foundation day, the nostalgia about Chennai’s history and heritage is the subject of Madras Day celebrations. Chennai city is metamorphosing into one of the major metropolises in the world, it is not just about the heritage or antiquity that has shaped up the growth of the city.

Chennai city is not growing older but getting younger with more young people making it their city of dreams by migrating from various parts of the country. Chennai however been in the eye of the storm, be it natural disasters or socio-political upheavals. Chennaities have risen to face these challenges and played their role in shaping the destiny of the city.

“En Chennai Young Chennai” is an initiative to celebrate the energetic minds and tireless hands of young Chennaites who come together during turbulent times faced by Chennai during the last decade and a little more. These young Chennaites have contributed to the smooth functioning of our communities whenever they faced natural calamities such as floods, cyclones, covid etc., and never forgot to raise their voice for their rights such as Jallikattu or any other social cause that impact the society.

As a part of the En Chennai Young Chennai celebrations, ten individuals/institutions who have contributed immensely to the cause of Chennai city during the last decade have been identified by an eminent jury and they will be recognized for making Chennai a better place of living. These are the people who have rolled up their sleeves and dirtied their hands when Chennai was marooned in floods or struck during a cyclone or distraught during a covid calamity or castigated due to a social anomaly. The awardees are renowned for their work in a widely diverse background such as lake restoration, enhancing reading habits, driving awareness for women & child safety, blood donation, food wastage prevention, transgender welfare etc.

hailing from Karur,  Meena has worked tirelessly with Covid patients for the last 500 days

Dulkal is setting up libraries in government-run schools in rural areas and socially backward communities.

Platelet Club began as a connecting link between the blood donor and the family of the recipient. It has now evolved to provide relief material and assistance to cancer patients also.

During the pandemic, Shakeera worked to arrange oxygen cylinders and hospital beds. She also created awareness about COVID 19, offered consultation and made arrangements for the transportation of migrant workers and pregnant women.

No Food Waste is a non-governmental organization that functions with the objective that no food should go to waste in a country where millions go to sleep hungry.

Created awareness about Covid and help the transgender community through medical and financial assistance. Opened kitchens to serve economically weak communities during lockdowns

Since 2016, Aatrupadai has created environmental awareness and have successfully worked on  desilting lakes and streams, running model schools in villages, and helping destitute

These individuals / Institutions are nothing but a symbolic representation of millions of Chennaites who have gone beyond their role of just ordinary citizens and fought to restore Chennai’s quality of living during the last decade.

The song teaser had already created a buzz after its release. The album was dedicated to the undying spirit of young Chennai in the august presence of the guests. The album was an instant hit and received wholeheartedly by the youngsters of Chennai.