The auditions for the contest began from 23rd November 2020 wherein aspiring singers can send in their entries till 6th December 2020 via IRVS, Radio City’s microsite, and social media platforms. Post the auditions, 5 contestants will be shortlisted from Tamil, Telugu, Hindi and Kannada speaking regions by esteemed judges – composer Ghibran, music director Chaithan Bharadwaj, Kailash Kher and singer All Ok and singer Sangeeta Rajeev respectively. The top 5 singers across each region, will indulge in the ultimate battle to win the title of Radio City Super Singer 12. The contestants from Chennai will be chosen by music composer Ghibran and through public voting.

Commenting on the launch of the 12th edition of Radio City Super Singer, Radio City’s Chief Executive Officer, Ashit Kukian, said, , “With an aim to spread happiness and positivity amongst people during these tough time, we decided to come back with our tent pole property, Radio City Super Singer Season 12.  Radio City has always believed in creating opportunities amidst crisis for the benefit of the city and its citizens. Radio City’s unwavering commitment to nurturing talent has helped this flagship property grow in the last 11 years. Being in its 12th year, Radio City Super Singer has not only grown by scale, but this year we are certain it will exceed its level of engagement amongst listeners. We are grateful for the support we have received so far and hope to see people participating in large numbers this year too and we would like to thank our sponsors who have instilled their faith in this property.

This year, owing to the pandemic, the month-long event will be hosted live on-air across the channel’s 39 stations.

To audition, the participants in Chennai can upload their entries on https://www.radiocity.in/rcss/ or call on 7845911911. So, strengthen your vocal cords and let the big battle begin!

Music Broadcast Limited currently has 39 stations across 12 states, comprising 62% of the country’s FM population. Radio City reaches out to over 69 million listeners in 34 cities covered by AZ Research 2019 (Source: AZ Research Report). The network provides terrestrial programming along with 17 other web-stations, through its digital interface, www.radiocity.in.

Radio City has spearheaded the evolution of FM radio by offering content that is unique, path-breaking, and invokes city passion amongst listeners with its brand philosophy of “Rag Rag Mein Daude City”. The network introduced humor and the concept of agony aunt on the radio with Babber Sher and Love Guru, respectively. It also initiated Radio City Freedom Awards, a platform to recognize independent music, and provided a launchpad to budding singers with Radio City Super Singer, the first singing talent hunt on Radio.

Radio City bagged 85 awards across national and international platforms like Golden Mikes, India Radio Forum, New York awards, ACEF awards, etc. in FY 2019-2020. Radio City has consistently featured for the 7th time in ‘India’s Best Companies to Work For’ study conducted by Great Place to Work Institute. Radio City has also been recognized in ‘India’s Best Workplaces for Women – 2019’ and has ranked amongst the Top 75 organizations on the list. In 2020, Radio City ranked 4th in ‘Best Large Workplaces in Asia’, according to the GPTW survey. 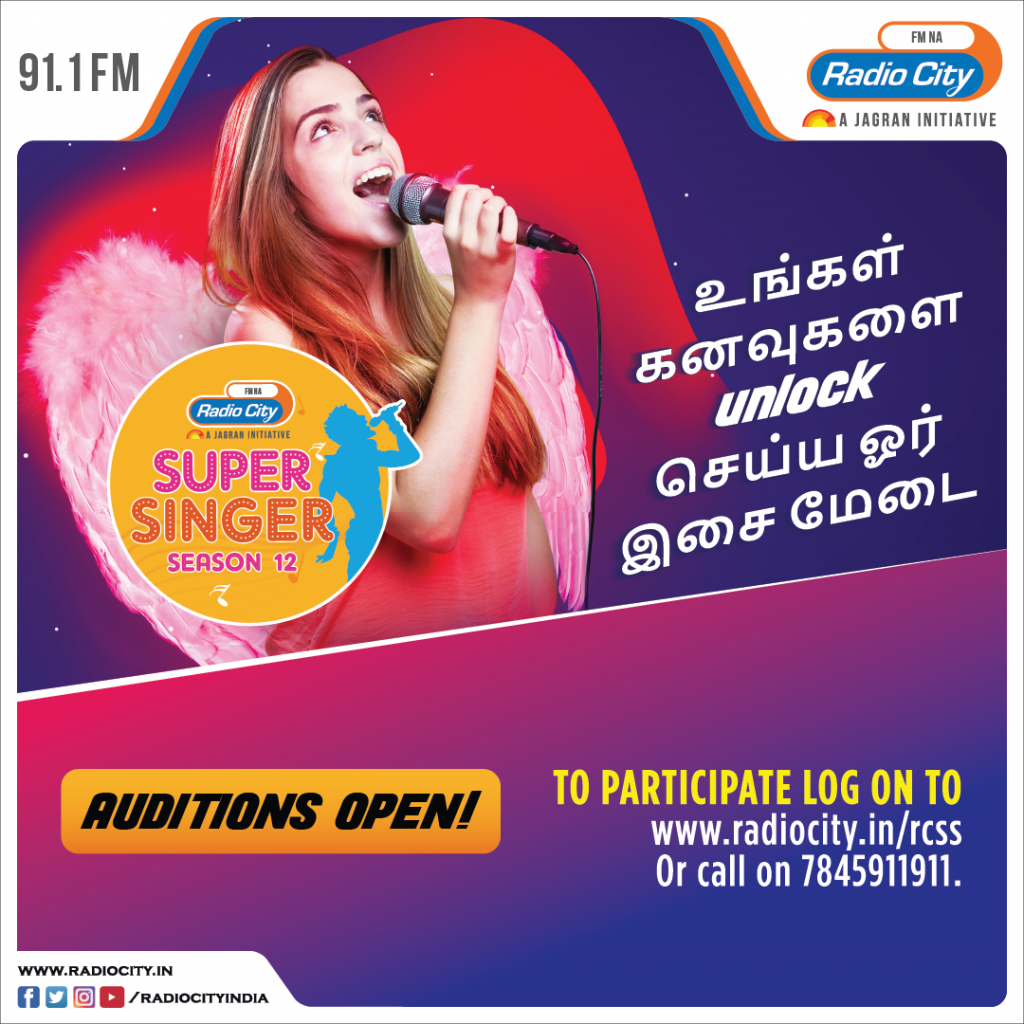