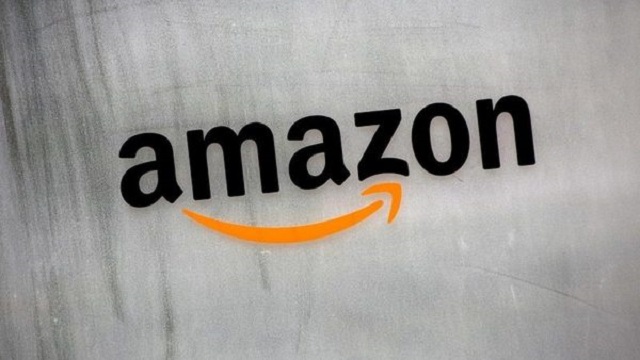 Customers who want to get the complete Prime Video experience including multi-user access, streaming across devices including Smart TV and the ability to enjoy content in HD/UHD in addition to having access to all Prime benefits including ad-free music with Prime Music and free fast delivery on Amazon.in, Prime Reading and other Prime benefits, will have the option of recharging with a 30-day Amazon Prime membership at ₹131 or recharge with  a ₹349 pack of 28-day validity that includes  Amazon Prime membership along unlimited calling, data access of 2 GB per day.

The recharges will be available on the Airtel Thanks app or at over a million recharge points across the country. These offerings provide unlimited access to Prime Video’s entire entertainment content library and empowers the customer with even more choices and options to access Prime Video.

Talking about the launch, Jay Marine, Vice President, Amazon Prime Video Worldwide, said: “India is one of our fastest growing territories in the world with very high engagement rates. Buoyed by this response, we want to double-down by offering our much-loved entertainment content to an even larger base of Indian customers. Given high mobile broadband penetration in the country, the mobile phone has become one of the most widely used streaming devices. With the launch of Prime Video Mobile Edition we look forward to entertaining every Indian with our Exclusive and Original content.”

Gaurav Gandhi, Director and Country General Manager, Amazon Prime Video India said: “Over the last 4 years, Prime Video has become the country’s most loved premium streaming service with viewership coming from over 4,300 towns and cities. We believe that the Mobile Edition plan will further accelerate Prime Video’s adoption in India and allow an even larger number of customers to access our popular entertainment content. This initiative for Amazon, is designed not just to give customers more choice (of plans) but also easy access to subscribe to Prime Video along with mobile data plans. We are happy to collaborate with Airtel as our first partner in India for Prime Video Mobile Edition.”

Shashwat Sharma, Chief Marketing Officer, Bharti Airtel said, “At Airtel, we are deeply passionate about delivering a differentiated experience to our customers through our Airtel Thanks program. We are happy to partner with Amazon to democratize quality digital entertainment in India by leveraging Airtel’s core strengths of quality customers, deep distribution and best-in-class network for video.”

Speaking on the collaboration with Airtel, Sameer Batra, Director, Mobile Business Development, Amazon, “We are delighted to have Airtel as our first roll-out partner for Prime Video Mobile Edition. This collaboration marks the deepening of the strategic association between Amazon and Airtel.  Smartphones powered by pre-paid connections and affordable data are ubiquitous to a large base of Indian customers – Mobile Edition will make Prime Video synonymous to quality entertainment for this large customer group. We look forward to expanding the reach of our service to the entire pre-paid customer base in India.”

Prime Video is a premium streaming service that offers Prime members a collection of award-winning Amazon Original series, thousands of movies, and TV shows—all with the ease of finding what they love to watch in one place.

Available On Prime Video: Thousands of TV shows and movies from Hollywood and Bollywood, including Indian produced Amazon Original series such as The Family Man, Mirzapur, Inside Edge and Made In Heaven, and award-winning and critically acclaimed global Amazon Original series including Tom Clancy’s Jack Ryan, The Boys,  and The Marvelous Mrs. Maisel and movies such as Borat Subsequent Moviefilm and My Spy are available for unlimited streaming as part of a Prime membership. Prime Video includes titles available in Hindi, Marathi, Gujarati, Tamil, Telugu, Kannada, Malayalam, Punjabi and Bengali. Find out more at PrimeVideo.com.

Headquartered in India, Airtel is a global telecommunications company with operations in 18 countries across South Asia and Africa. The company ranks amongst the top three mobile operators globally and its mobile network covers a population of over two billion people. Airtel is India’s largest integrated telecom provider and the second largest mobile operator in Africa. At the end of September 2020, Airtel had approx. 440 mn customers across its operations. Airtel’s portfolio includes high speed 4G/4.5G mobile broadband, Airtel Xstream Fiber that promises speeds upto 1Gbps, converged digital TV solutions through the Airtel Xstream 4K Hybrid Box, digital payments through Airtel Payments Bank as well as an integrated suite of services across connectivity, collaboration, cloud and security that serves over one million businesses. Airtel’s OTT services include Airtel Thanks app for self-care, Airtel Xstream app for video, Wynk Music for entertainment and Airtel BlueJeans for video conferencing. In addition, Airtel has forged strategic partnerships with hundreds of companies across the world to enable the Airtel platform to deliver an array of consumer and enterprise services.